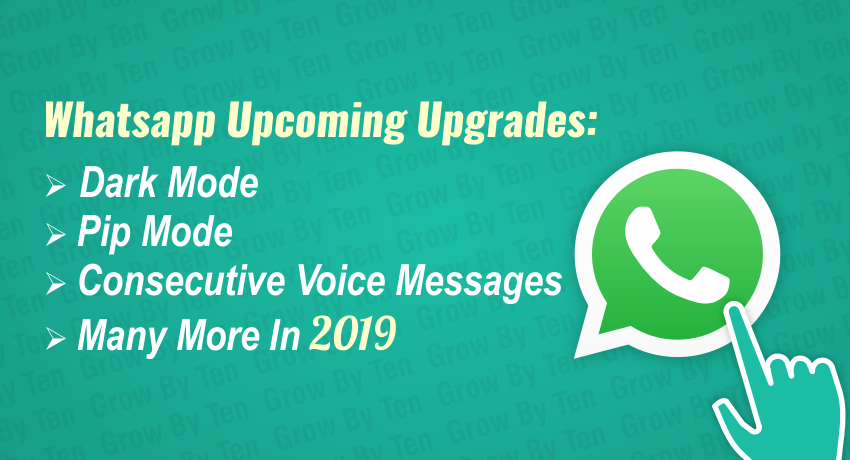 From past few years, Whatsapp is considered as one of the most reliable messaging app. This app is not only proving itself in membership but it is evolving at lightning speed and the app is launching new features for its users. Whatsapp is currently working on adding few new features to the app in coming month. Many of us are aware to these features through rumours.

Let’s have a detailed sneak peek to these upcoming features

Nowadays Privacy is the most prominent demand of users. WhatsApp is launching fingerprint authorisation for the application. Users of whatsaap will need to authenticate their identity every time when they use the app. If the process of verification fails, WhatsApp will ask for the phone’s passcode or password to unlock it. This feature will soon be tested in iPhone after development completes.

In previous year, WhatsApp launched the Picture-in-Picture mode for videos. PiP mode provided a chance to watch shared videos from different platforms directly in the app on a small pop up window. whatsApp Users could chat in the background while watching the video simultaneously

Dark Mode feature was a most awaited one among all. WhatsApp is planning to launch the Dark mode on its platform which will offer users an option to pick a dark theme which will be light on their eyes and won’t provide much harm to their eyes even after high usage under low-lighting conditions.

These features will surely attract you towards this messaging platform. For other information keep scrolling and keep researching.